Astral projection refers to a controlled out-of-body experience where someone separates their soul or spiritual essence from their physical body and moves it through space. While the term “astral projection” comes from the Theosophical tradition in the nineteenth century, the concept is ancient and found in many cultures. Methods for inducing astral projection include hallucinogens, hypnosis, and meditation.

An Introduction to Astral Projection

What is astral projection? Is it real?

Have you ever had the feeling of your mind being outside your body—maybe looking down, or up, or across the room at yourself? About 10 percent of people report having had an out-of-body experience at least once.

Some take this unbound consciousness as proof of the existence of soul, and spiritual seekers call the intentional practice of loosening the mind/body tie “astral projection.” Neuroscientists investigate the out-of-body experience as a physical phenomenon rooted in a specific part of the brain.

Either way, there is a very long record of this form of human experience, which all agree offers tantalizing glimpses into other modes of consciousness beyond the standard concept of self.

The ancient Egyptians ascribed to the soul the power to hover outside of the physical body. This floating presence has come to be known as the “subtle body.” This subtle body appears repeatedly in spiritual and religious contexts. In the New Testament it is written, “I know a man in Christ who fourteen years ago was caught up to the third heaven. Whether it was in the body or out of the body I do not know—God knows.” In the Hindu, Buddhist, and Taoist and other Eastern spiritual literatures there are many examples of people engaging in out-of-body practices, including to enter into other realms of existence.

Numerous Western esoteric traditions conceive of out-of-body experiences as spiritual travel to realms outside of ordinary observable human reality to the border of, or even into, the divine or celestial space. In the late nineteenth century, the terms “astral projection” and “astral plane” were coined to describe the soul’s journey and destination.

For the past century or more, this type of cosmic journeying has been relegated by the hard sciences to the domain of the paranormal or New Age spirituality. In the mid-twentieth century, Virginia businessman Robert Monroe helped bring astral projection to the mainstream. Today, techniques including biofeedback, hypnosis, Transcendental Meditation, and binaural beats, as well as the ingestion of certain drugs such as ketamine, are used to induce astral projection. In addition, lucid dreaming is considered by some to be a form of astral projection.

In the twenty-first century, science has begun to take outside-of-body experiences seriously. Technological developments have enabled scientists to pair the anecdotal evidence with the ability to observe and measure brain activity, making it possible to apply the scientific method.

One important study used functional magnetic resonance imaging (fMRI) to monitor the brain activity of a woman claiming to be astral projecting. It showed that her descriptions of motion and movement corresponded with activity in a part of the brain not normally associated with movement in everyday life. Other studies have pinpointed the temporoparietal junction (TPJ) area of the brain as the place where the sense of self is created, and suggest that out-of-body experiences are linked to this location.

The growth of the field of neuroscience along with the confirmation of many aspects of quantum theory and the emerging areas of virtual reality and artificial intelligence are converging into the biggest unsolved mystery of science—the question of what consciousness is.

Neurosurgeon Eben Alexander has personally traveled the path from scientific skepticism about out-of-body-experiences and astral projection to belief. A near-death experience caused him to turn his research to the study of human consciousness, including the ability of the mind to use astral projection to travel beyond the body. Echoing the assertions of quantum mysticism, Alexander and others maintain the conviction that through this the next great evolutionary leap is upon us: “We are about to take another jump in our understanding of just how vast and profoundly strange a place the universe really is. But rather than making us feel small and insignificant in the face of this vastness and strangeness, this jump in understanding will make us feel hugely empowered and joyful. We will grasp that we are not accidental and insignificant blips in the universe, but the very heart and reason for its existence.”

For the lay person, practices to induce astral projection without resorting to drugs or other outside stimulants can be learned. Similar to lucid dreaming, astral projection requires a deep state of relaxation to the point where you are midway between wakefulness and sleep and in a hypnotic state. The vibrational energy from crystals can be used to facilitate the process. Simple movements such as flexing the fingers help to loosen the soul from the body, culminating in the experience of looking at yourself from across the room.

Science has developed other means to induce astral projection in controlled experiments. Using cameras and headsets, subjects experience the sensation of being transported across a room when touched. Cognitive neuroscientist Henrik Ehrsson said of this technique, “They see themselves sitting in the middle of the room, but they feel themselves sitting in a corner of the room.”

As a spiritual discipline, astral projection, while an advanced practice, is not considered dangerous. Metaphysical studies refer to the “silver cord” that connects the physical body with the subtle body. Keeping the silver cord intact during astral projection is essential to returning to the earthly realm, but its strength is not generally considered to be an issue. Approaching astral projection with a clear and pure intention is important, as it is believed that the energy you bring is reflected back to you. 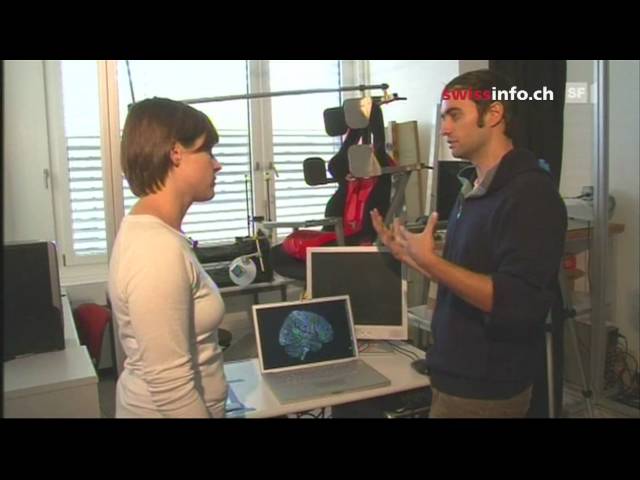 Out-of-Body Experience Is No Illusion

Neuroscientists in Lausanne study the weird phenomenon to prove it's not an illusion, or paranormal, but an organic process triggered by a malfunction in a very specific spot inside the brain. 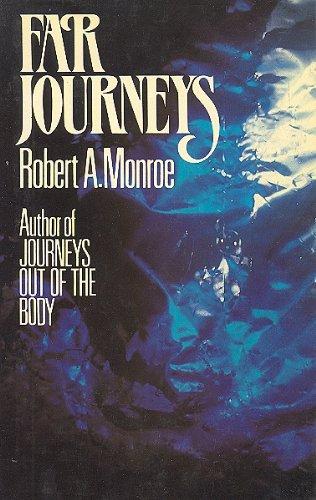 The sequel to Monroe's Journey Out of The Body is an amazing parapsychological odyssey that reflects a decade of research into the psychic realm beyond the known dimensions of physical reality. 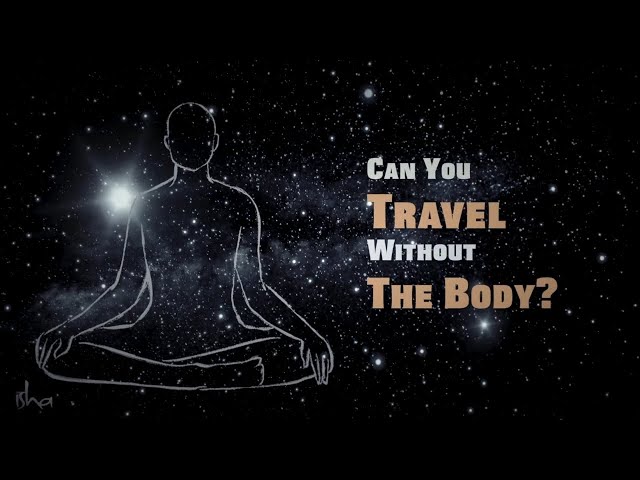 Can You Travel Without the Body? – Sadhguru Explains

Sadhguru speaks about the possibility and mechanics behind astral travel, and its importance for a spiritual seeker. 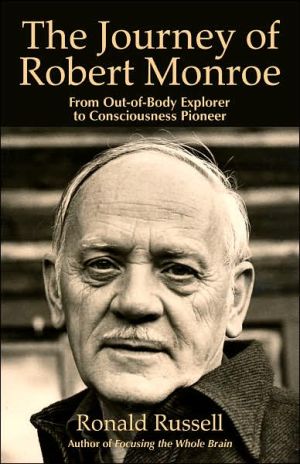 The Journey of Robert Monroe: From Out-of-Body Explorer to Consciousness Pioneer

In 1971 Doubleday published a book called Journeys Out of the Body, a Virginia businessman's memoir of his weird and wonderful adventures on other planes of reality. 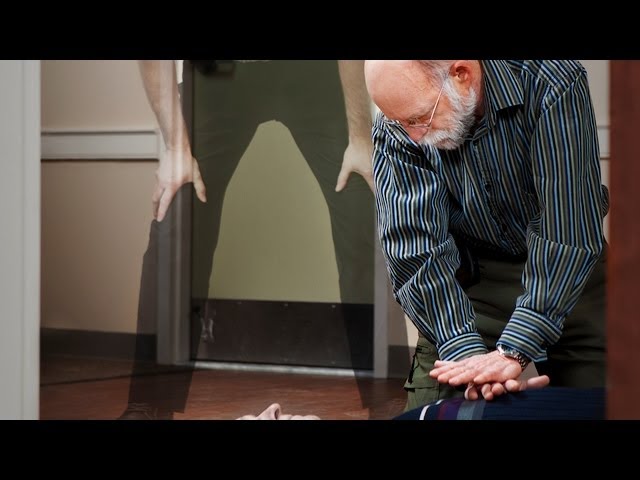 What Is an Out-of-Body Experience? - Psychic Abilities

What is an out of body experience? Many times it is thought that when we dream our astral body, the sort of spirit body drifts out of the physical body and wanders around, connected always by a cord to the physical body. 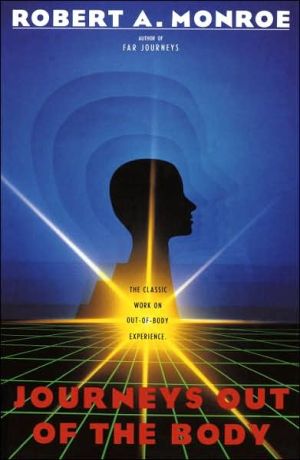 Journeys Out of the Body: The Classic Work on Out-of-Body Experience

Robert Monroe, a Virginia businessman, began to have experiences that drastically altered his life. Unpredictably, and without his willing it, Monroe found himself leaving his physical body to travel via a "second body" to locales far removed from the physical and spiritual realities of his life. 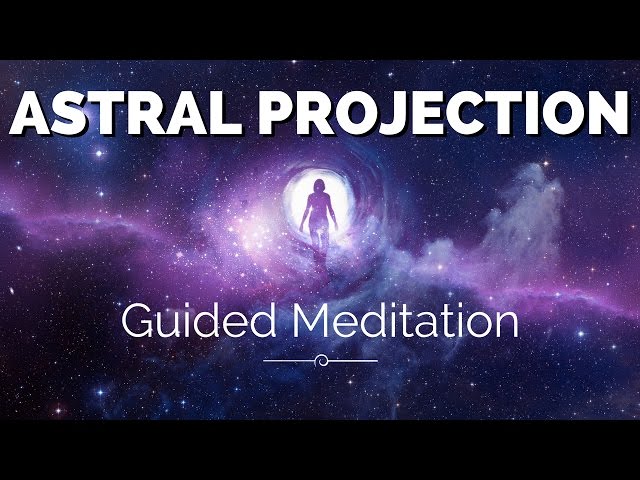 This Guided Meditation/Hypnosis was created to aid with Astral Projection or what is otherwise known as an Out of Body Experience (OBE or OOBE). During this meditation a technique is used to gently guide you out of your body in a place that is always safe. 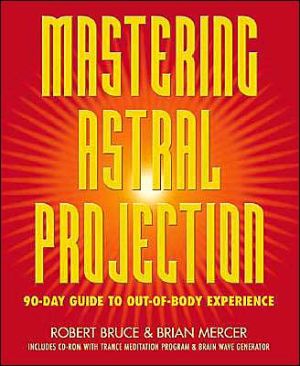 Projecting out-of-body requires a delicate balance of mind, body, and spirit. Mastering Astral Projection offers everyone the opportunity to explore nonphysical dimensions and learn more about their spirituality. 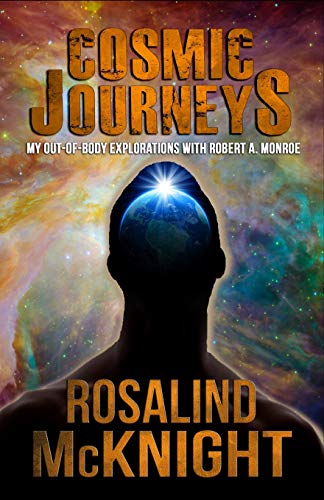 Cosmic Journeys: My Out-of-Body Explorations with Robert A. Monroe

Explorers are known for the journeys they take. Rosie McKnight explored the vast nonphysical dimensions of consciousness. 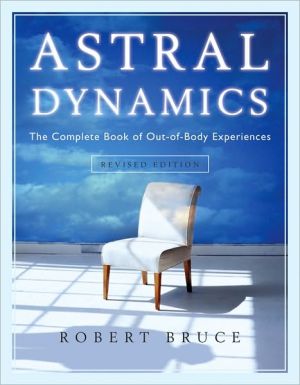 Astral projection is a technique that lets your soul explore the universe while leaving your body behind. It's been a topic of endless speculation. If you've ever wanted to try it, Astral Dynamics is the perfect guide for you.