Ayahuasca—also known as “the tea,” vine of the soul, la purga, and yagé—is a brew made from the stalks of the Banisteriopsis caapi vine and the leaves of the Psychotria viridis shrub, which contains the hallucinogenic drug DMT. This drink was used for spiritual and religious purposes by ancient Amazonians and is still used as a sacred beverage by some Indigenous communities in South America. A carefully guided ayahuasca journey starts with drinking the tea and involved being led by an experienced shaman on an emotionally and physically intense multi-day experience, usually accompanied by vomiting and hallucinating. Many people report that these journeys help them work through memories of traumatic events, which is why neuroscientists are beginning to study ayahuasca as a treatment for depression and PTSD. Please be aware that the substance remains illegal in most of the world. As with all hallucinogens, there are physical and psychological risks to consuming ayahuasca, and with the rise of tourist interest, there also has been a rise in questionable ayahuasca preparations sold by unskilled individuals.

An Introduction to Ayahuasca

Ayahuasca has become increasingly popular with North Americans and other Westerners in recent years, as more and more people are looking for alternative ways to explore their inner selves and connect more deeply with a broader consciousness. The medicine has been banned for decades by the Western world, but indigenous shamanic practitioners have faithfully continued its use and it is rising in popularity as more people are discovering its healing power.

Ayahuasca is a psychedelic plant medicine used in spiritual healing work, primarily in South America but increasingly around the world. The word ayahuasca means “vine of the spirits” and comes from the Quechua language of the Andes region in South America.

Ayahuasca is a combination of two plants, Banisteriopsis caapi and Psychotria viridis. The resulting brew contains the powerful hallucinogen known as N,N-Dimethyltryptamine, or DMT, which is found naturally in many plants as well as in animals. The DMT in the leaves of the P. viridis bush doesn’t produce psychoactive effects on its own, but when it’s mixed with the B. caapi vine, a monoamine oxidase inhibitor (MAOI) called harmine interacts with the DMT and activates it for oral use.

The use of these plants has been documented for centuries; they have been traditionally used by indigenous people to help them heal and connect with their spirit guides, ancestors, and other beings. The spirit of the ayahuasca plant is considered a feminine entity, with many referring to it as Grandmother Ayahuasca. Today, ayahuasca is used in shamanic rituals to induce altered states of consciousness that allow practitioners to explore their inner world.

What does ayahuasca do to the brain? What is it like to do ayahuasca?

Research into ayahuasca shows that the DMT it contains affects the activity of serotonin in the brain, particularly in areas that are associated with introspection and emotional processing. This results in powerful physical and psychological experiences, including:

An ayahuasca trip often involves what is called “purging,” which typically involves vomiting or the desire to vomit, but can also include sweating, shaking, uncontrollable crying, or diarrhea. While this can be unpleasant, it is also considered an integral part of the healing process, cleansing the mind, body, and spirit of harmful impurities and allowing the medicine to do its work.

Can ayahuasca be used for therapy? What conditions does it treat?

There is some evidence suggesting that ayahuasca may help people suffering from depression or anxiety. Some reports also suggest it may help with addiction, with eating disorders, and possibly with PTSD. However, much of the evidence has been anecdotal, and more research is needed.

Many people say that taking ayahuasca leads to positive, life-altering changes in their mental and emotional well-being, significantly reducing depression and stress while fundamentally altering their outlook on life.

What happens during an ayahuasca ceremony?

Before the ceremony, participants are often asked to observe a dieta, abstaining from certain foods or drugs for a prescribed amount of time. During the ayahuasca session, participants are given the ayahuasca as a tea, then led to a place in a group room while they wait for it to take effect (typically 20 to 60 minutes). Once the medicine takes effect, the participants are supervised through the journey by a shaman or guide. Often, the shaman will sing songs known as icaros, medicine songs that can help participants to navigate the vision experience.

The ayahuasca experience itself is quite intense. Some people report having visions, others hear voices, and some feel like they’ve had a spiritual awakening. You will experience different feelings and sensations during the length of the experience (usually from 4 to 6 hours). These may include:

If the experience becomes unpleasant or hard to handle, you should alert the shaman or an attendant for support and guidance. However, it is best not to resist any difficult material you encounter, instead accepting it and working through it.

Is ayahuasca legal in the United States?

While the plants that make ayahuasca are not strictly illegal in the U.S., its active ingredient, DMT, is currently listed as a Schedule I drug, along with drugs like heroin and cocaine. Some areas of the U.S. have decriminalized ayahuasca, and it has been authorized for use in religious ceremonies, but it is largely still illegal in most other countries, with some exceptions.

Who should not do ayahuasca? Can you lose your mind on ayahuasca?

Ayahuasca should not be used by people on many common medications, including SSRI antidepressants, psychiatric medications, blood pressure meds, and vasodilators. While deaths from ayahuasca are rare, they are commonly attributed to interactions with medications or the existence of other medical conditions, so it’s important to be aware of any risk factors you may have. People with serious psychiatric conditions such as schizophrenia should avoid ayahuasca as it could aggravate their symptoms.

It is possible for users of ayahuasca to experience a “bad trip,” which can include feelings of paranoia, delirium, panic attacks, anxiety, and confusion. Usually this is limited to the duration of the ayahuasca experience, but it can sometimes be distressing enough that the person requires medical attention.

If you decide to take ayahuasca . . .

As you should not be alone when ingesting ayahuasca, it’s important to choose a safe place to do it. Research your provider beforehand to make sure their practices are ethical, as many charlatans are out there. You should also fully understand the legal issues in your state or country. 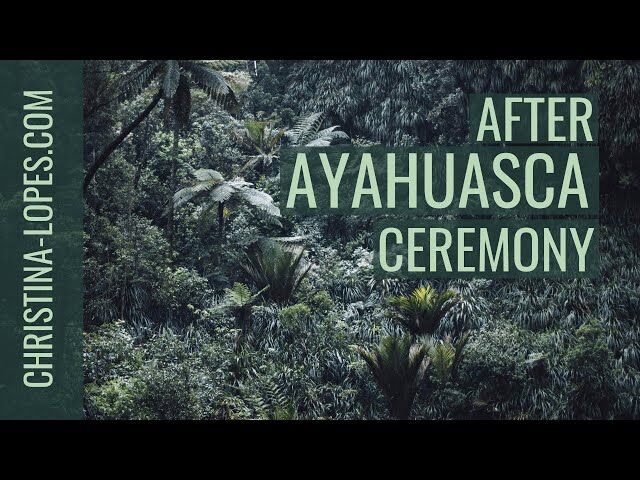 Ayahuasca Part 3: After the Ceremony

In Part 3 of my series on Ayahuasca, you'll learn how to navigate the post-Ayahuasca period, known by shamans as the "integration phase".

The Ayahuasca Reader: Encounters with the Amazon’s Sacred Vine

The Ayahuasca Reader: Encounters with the Amazon’s Sacred Vine, is a panorama of texts translated from nearly a dozen languages on the ayahuasca experience. 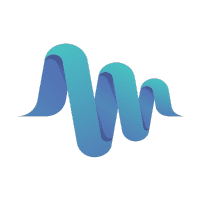 The Ultimate Guide to Ayahuasca

Ayahuasca is a psychoactive tea derived from plants containing MAOIs and DMT. Learn more about the experience, benefits, and side effects. 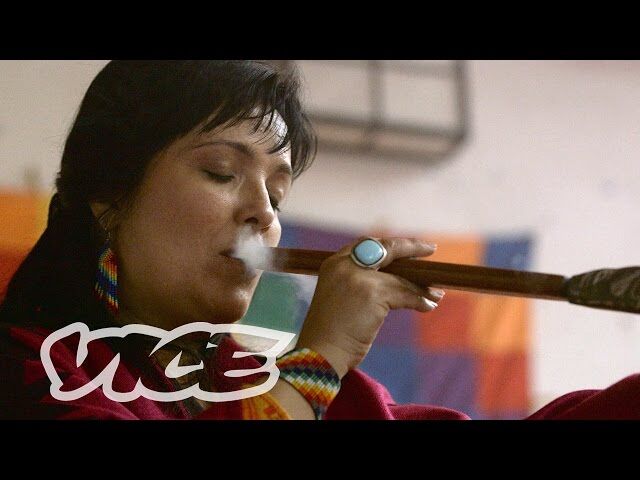 The Psychedelic Healing Power of Ayahuasca

We visit a weekend retreat where the psychedelic drug Ayahuasca is used for therapeutic purposes by shamans who guide participants on a spiritual journey. 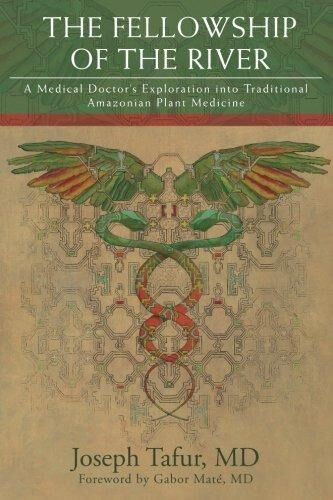 The Fellowship of the River: A Medical Doctor’s Exploration into Traditional Amazonian Plant Medicine

Western medicine has not been particularly successful at getting people relief from conditions like depression, chronic pain, migraine headaches, addiction, and PTSD. Dr. Tafur helps us to understand why. Too often, the Western medical approach fails to address the emotional dimension of illness. 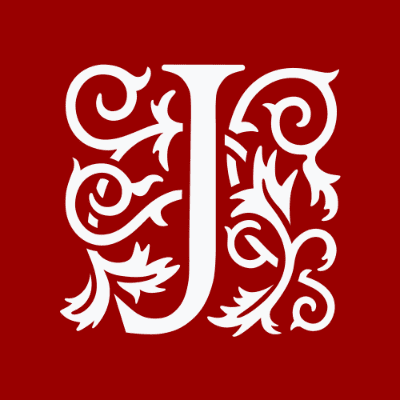 The Colonization of the Ayahuasca Experience

The growing popularity of "authentic" ayahuasca rituals in Western circles can present multiple problems, including indigenous fetishization, a lack of cultural context for traditional ceremonies, and potential abuse from untrustworthy shamans, all of which can be problematic or sometimes even... 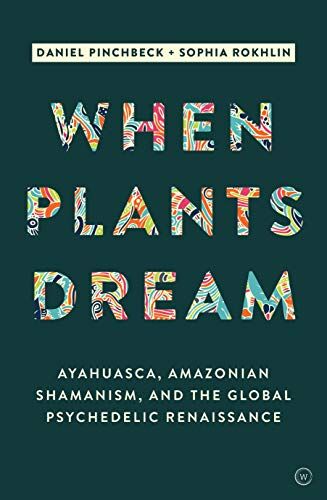 Ayahuasca is a powerful tool for transformation, that more and more Westerners are flocking to drink in a quest for greater self-knowledge, healing and reconnection with the natural world. This formerly esoteric, little-known brew is now a growth industry. 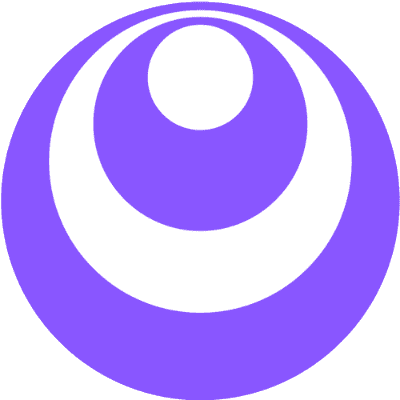 It’s impossible to be truly prepared for a psychedelic which hauls you through the doors of perception and unceremoniously throws your sense of self and reality off the edge of the world.

The Ayahuasca Test Pilot’s Handbook provides a practical guide to ayahuasca use, aiding seekers in making right—and safe—decisions about where to go, who to drink with, and what to expect. Ayahuasca, the Amazonian psychoactive plant brew, has become vastly popular. 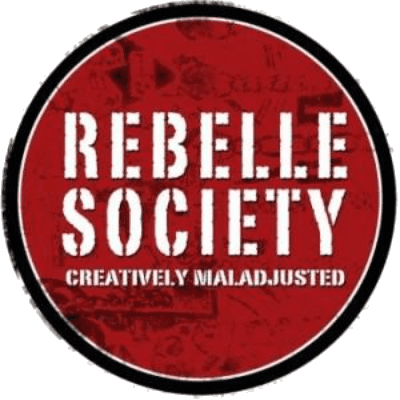 It is my view that ayahuasca is not for those trauma survivors who are so fragmented that they do not have a solid sense of self to return to. Without a strong energetic and egoic foundation, this plant can take you beyond the point of no return.