Numerology is a belief in the significance of a relationship between numbers and events, whether physical happenings or representations of ideas, such as letters and words. Various systems of numerology exist around the world, and they are used as divination tools, in the study of the divine and paranormal, and even as methods for personality typing.

An Introduction to Numerology

Many of us have what we think of as “lucky numbers,” but is there anything more to this notion than fun and games? According to numerology, the answer is a resounding “yes.”

In numerology, numbers represent more than just their mathematical values. The ancient Greek philosopher and mathematician Pythagoras (c. 570–c. 495 BCE) is generally credited with developing numerology, though some of its concepts may predate the age in which he lived.

What is my life path number?

You can calculate your life path number by adding the digits in your birthday and producing either a single digit number from 1 to 9 or one of three double-digit master numbers.

To find your life path number, write out your birthday in this format (using two digits for the month and day and four digits for the year): MM/DD/YYYY. For someone born on May 30, 1980, the birthday is written as 05/30/1980. The following numerology calculations come next:

Finally, add the 1 and 7 to get 8 for your life path number. Another way of writing it would be 17/8, with the double-digit number comprised of the two numbers you added to get the 8.

There are three life path master numbers in numerology: 11, 22, and 33. These numerology master numbers can be found in one’s actual date of birth itself—being born in November, for example, or on the 22nd day of the month, or by using the same calculations described earlier.

For those who would rather let an online tool do the math, you can use a numerology calculator that will find your life path number after you supply the birthday.

What does my numerology life path number mean?

One’s life path number is said to be helpful in offering guidance on how to apply life lessons and navigating the vicissitudes of human existence, while also influencing your character, temperament, and even the decisions you make.

What are some other core numerology numbers?

There are five core numerology numbers in a person’s numerology chart, with the life path number considered the most important. The other four core numbers are:

Expression number: The expression number is also referred to as the destiny number. It uses the concepts of name numerology, with each letter of the alphabet assigned a numerical value. Numerologists believe that the expression number can be helpful for people assessing their innate strengths, weaknesses, talents, and abilities.

Heart’s desire number: Using the vowels in your name, the heart’s desire number provides insights into what motivates us and want we truly want out of life—even if it is hidden in our subconscious until we begin to engage in self-reflection practices to help shine a light on our deepest desires.

Numerology includes more than the five core numbers. Other numbers, such as the karmic debt number, and concepts, such as compatibility in relationships, are important for students of numerology to piece together all the intricacies and connections as circumstances evolve.

As in other Personality Typing systems such as the Enneagram and Western Astrology, classification in a particular numerology grouping does not limit a person’s potential or freedom of choice, but instead can be seen as a vibrational indicator of how an individual can make the most of a lifetime. 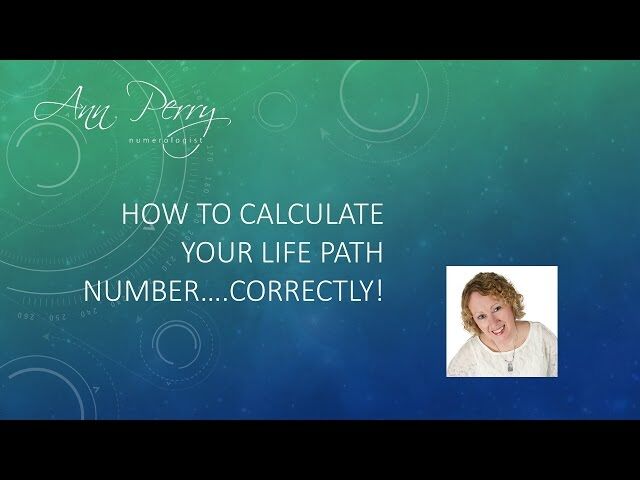 Numerology - How to Calculate Your Life Path Number Correctly

Many of you "think" you know your Numerology Life Path Number but did you know there is a right way and a wrong way to calculate it? Ann Perry Professional Numerologist is passionate about making sure you really know who you are. 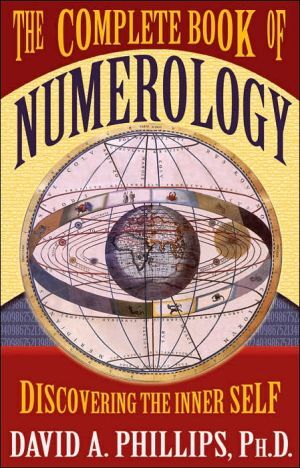 The Complete Book of Numerology

To the conventional scientist, numbers are merely symbols of comparative quantities, but in the broader, metaphysical sense, they assume a deeper, more profound significance. 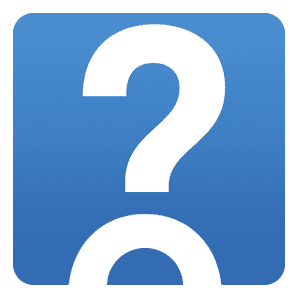 In the world of Harry Potter, Hermione Granger's favorite subject is arithmancy. The novels don't offer much detail, but they make it clear that arithmancy involves the magical properties of numbers. 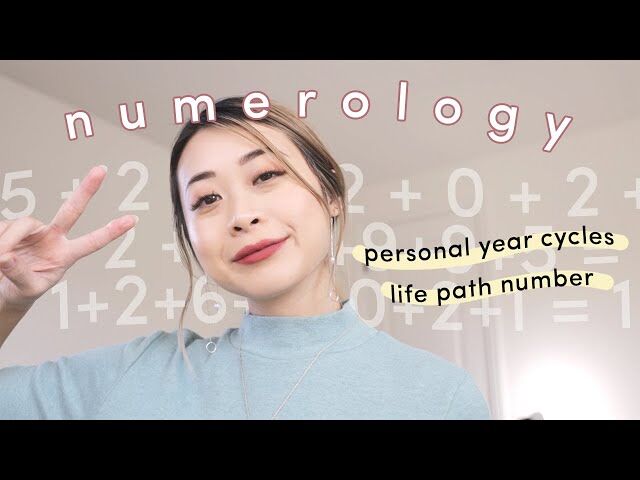 Have you explored numerology yet? Today I'm sharing two concepts from numerology called the personal year cycle or personal year number, and your life path number. These numbers are easy to calculate from your birthday, and can give you clues on your life purpose and new year theme. 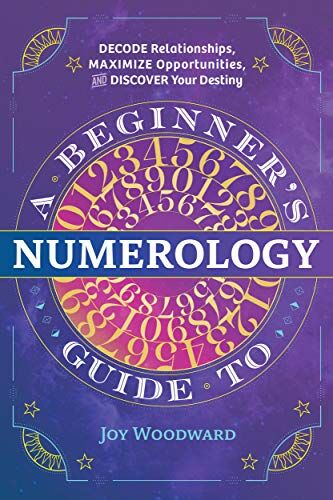 A Beginner’s Guide to Numerology: Decode Relationships, Maximize Opportunities, and Discover Your Destiny

Every name, date, and numerical pattern in your life holds meaning―and can help you gain insight into yourself, your relationships, and your destiny. Discover the system of hidden meanings behind numbers with A Beginner’s Guide to Numerology. 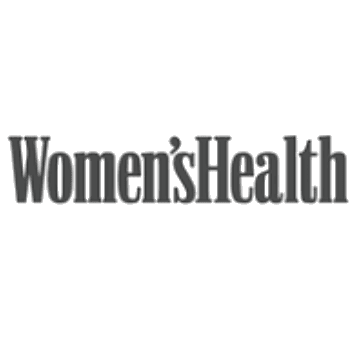 Numbers can do more than help you decipher T-Swift's cryptic lyrics and music videos, they can actually determine your path in life—at least, according to numerology. 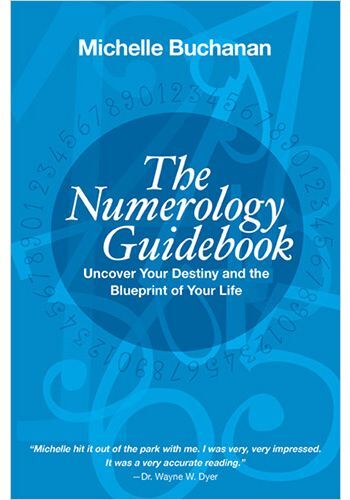 The Numerology Guidebook: Uncover Your Destiny and the Blueprint of Your Life

Numerology is the ancient metaphysical science of numbers where your name and date of birth reveal the blueprint of your life. The Numerology Guidebook will uncover your destiny and life purpose, along with your future potential, in a simple and easy-to-understand way. 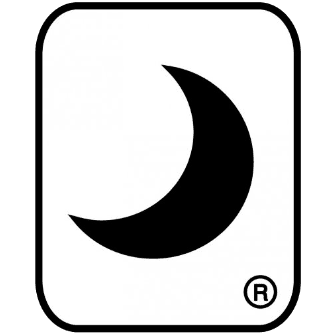 Maintaining a Healthy Perspective with Numerology

At first glance, one wants to relegate numerology to simple fortune telling and associate it with the arts of prediction, including astrology, tarot, pendulums, and runes. 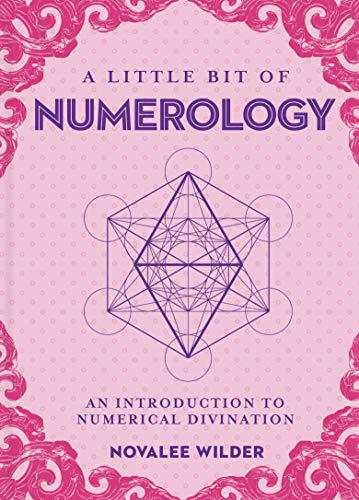 A Little Bit of Numerology: An Introduction to Numerical Divination

Through the energetic power of numbers, it’s possible to gain insights into the core of who we are and what specific gifts and challenges we are here to master. 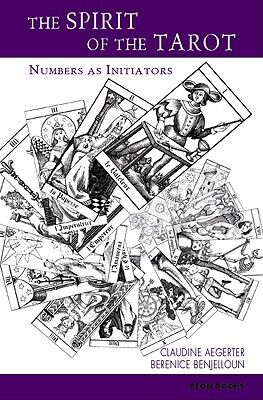 The Spirit of the Tarot: Numbers as Initiators of the Major Arcana

This is a new exploration of the Tarot, which reveals the esoteric numerological links underlying this ancient system and connects the teaching of the Tarot to the initiatic journey of the Soul.