Ram Dass (1931–2019) was an American spiritual teacher and psychologist. A student of the Indian guru Neem Karoli Baba (Maharaj ji), he wrote several books, including Be Here Now and Grist for the Mill, bringing Eastern spiritual teachings to a Western audience. His later books address aging and facing the end of life. He is also known under his previous name, Richard Alpert, for his research on psychedelics with Timothy Leary at Harvard in the 1960s.

How can we balance fear with equanimity? Ram Dass shares the antidote to fear, and the ways that we can allow our own humanity in order to extricate ourselves from the web of thought forms that create our own suffering.

When Be Here Now was first published in 1971, it filled a deep spiritual emptiness, launched the ongoing mindfulness revolution, and established Ram Dass as perhaps the preeminent seeker of the twentieth century. Just ten years earlier, he was known as Professor Richard Alpert.

In the mid-sixties there seemed to be an expectation that if we got high, we’d be free. We were not quite realistic about the profundity of man’s attachments and deep clingings. We thought that if only we knew how to get high the right way, we wouldn’t come down.

The quieter you become, the more you can hear. 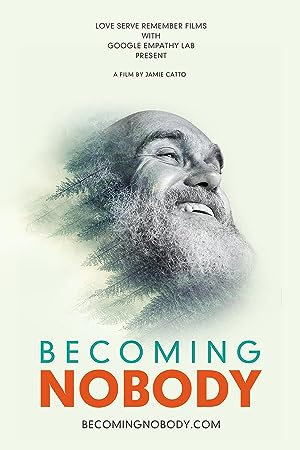 Through director's interviews, archival footage, and original music, we are introduced to Ram Dass as he explores our universal human condition and behaviors in connection to the journey of the soul and the shared unity of all of our lives.

How Ram Dass Healed Himself : Grace in a Dark Time

Disease and aging are natural parts of life. We can't keep our patients free from illness or forever young, but we can help them respond to challenging life events with grace. When Ram Dass, PhD, experienced a life-changing stroke, he focused on the grace his experience brought him.

Be Love Now: The Path of the Heart

Ram Dass’s long-awaited Be Love Now is the transformational teaching of a forty year journey to the heart.

We’re fascinated by the words—but where we meet is in the silence behind them.

This is an edited transcript of a discussion that took place June 10, 1977 in Petersham, Massachusetts. The occasion was a week-long meeting of forty monks, nuns, and lay people of differing religious traditions to discuss their mutual goals.

Ram Dass: In Between Stories

Ram Dass shares a revealing piece of wisdom that looks at how we find ourselves stuck in-between the stories of the past, served to us through culture, religion and politics, and what we are discovering to be true about the nature of things.